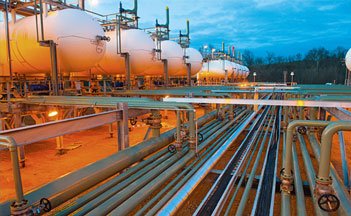 Political developments, unrest and discord across nations of the Southern Cone and major natural gas producers Bolivia and Argentina, as well as critical consumer Chile has important implications for the near term function and outlook for the region’s gas market.

Questions surround the developments and advances in natural gas production from Argentina’s unconventional play, Vaca Muerta, as the country undergoes a political transition and significant shift from the government of Mauricio Macri to Alberto Fernandez, who takes office in mid-December.

Meanwhile, Bolivia, for years a major exporter of natural gas to both Argentina and Brazil, has been consumed by an unfolding political crisis since elections in October and the resignation of Evo Morales in mid-November.

Chile, historically a major importer of natural gas from Argentina – exchanges that were begun again this year with great fanfare – has been gripped with social unrest that has also thrown its economy into a tailspin.

Brazil, a key consumer and market for natural gas from Bolivia seeks to pass a new natural gas market law with the aim of further liberalizing the sector and removing Petrobras’ grip particularly over midstream and commercialization. Key to underpinning the overhauled natural gas market in Brazil is the growing potential of the country’s Pre Salt fields.

Join us for a webinar and virtual panel with Dr. Raul Bertero, director of the Center for the Study of Energy Regulatory Activity at the University of Buenos Aires and Alvaro Rios, Founding Partner at Gas Energy Latin America. Bertero and Rios will comprise a virtual panel and discussion and will share further insights on the natural gas market in the Southern Cone

The webinar will be held Thursday, December 5 at 10:00am San Diego (3:00 pm Buenos Aires time; GMT/UTC – 8 hours). The panel will include a live Q&A session with the audience.