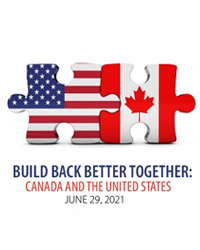 Join the Institute of the Americas as we welcome Governor Bill Richardson, the two-time Governor of New Mexico (2003-2010) and former U.S. Ambassador to the United Nations (1997-1998) and Secretary of Energy (1997- 2000) as part of our Hemisphere in Transition Webinar Series.

Governor Richardson will share his perspective on the challenges and opportunities confronting the Biden Administration on a wide range of issues across Western Hemisphere including national security, migration, trade and investment, energy policy, regional cooperation as well as climate change.

Governor Richardson will also share his thoughts about the challenges ahead in re-building America’s soft power influence in Latin America and the Caribbean amidst the growing influence of China and Russia in the region.