Due in part to climate change, the extreme weather events we’ve experienced across the Americas this past year (which may have once been considered historically atypical) are now becoming a regular occurrence.  The impacts have ranged from a mega drought across the U.S. Southwest and Mexico;  historic flood conditions in the U.S Southeast; and wildfires along Argentina’s Parana River waterway as well as the recent hurricanes impacting coastal residents from as far north as Canada’s Atlantic Provinces to the Gulf of Mexico and the Caribbean. 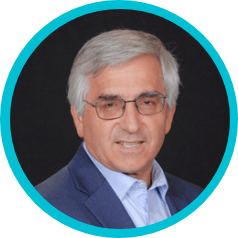 As 2022 comes to an end, the board and staff of the Institute of the Americas have much to celebrate and be grateful for.

After two years of COVID setbacks, IOA organized its first series of in-person forums and conferences beginning with its energy roundtable in Buenos Aires and followed by its Madrid Energy Conference in April. This past fall, IOA also convened its 31st annual La Jolla Energy Conference attended by over 125 energy leaders from across the Hemisphere. 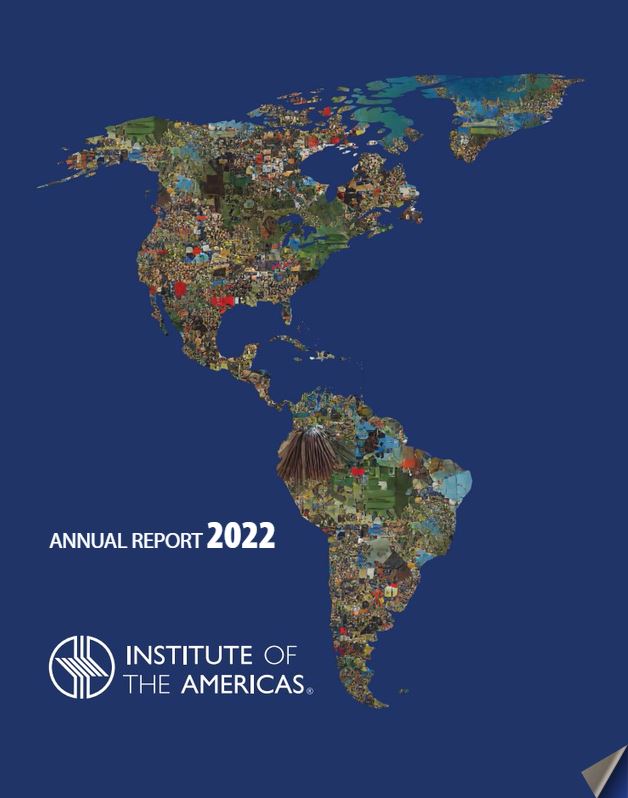 The Institute of the Americas is pleased to share its 2022 annual report highlighting our work over the past year in the areas of energy, environment & climate change and economic competitiveness.

Our report features key virtual and in person meetings, conferences and other convenings organized by the Institute as well as special research initiatives undertaken by IOA’s team over the past year.

After the conclusion of the re-launch of the La Jolla Energy Conference at the end of September,  IOA published a Summary Report.

In collaboration with the Mexico Institute at the Wilson Center, Jeremy Martin, John McNeece and Veronica Irastorza wrote about electricity trade between the United States and Mexico and set forth a call for deeper integration.

We celebrated World Geothermal Day with the second edition of our “Geothermal across the Americas” webinar series in collaboration with the Geothermal Energy Advancement Association (GEAA).

As part of our Energy Literacy objectives this past Fall we organized the fourth edition of our Energy Ambassadors program with workshops and site visits for community leaders in Baja California. 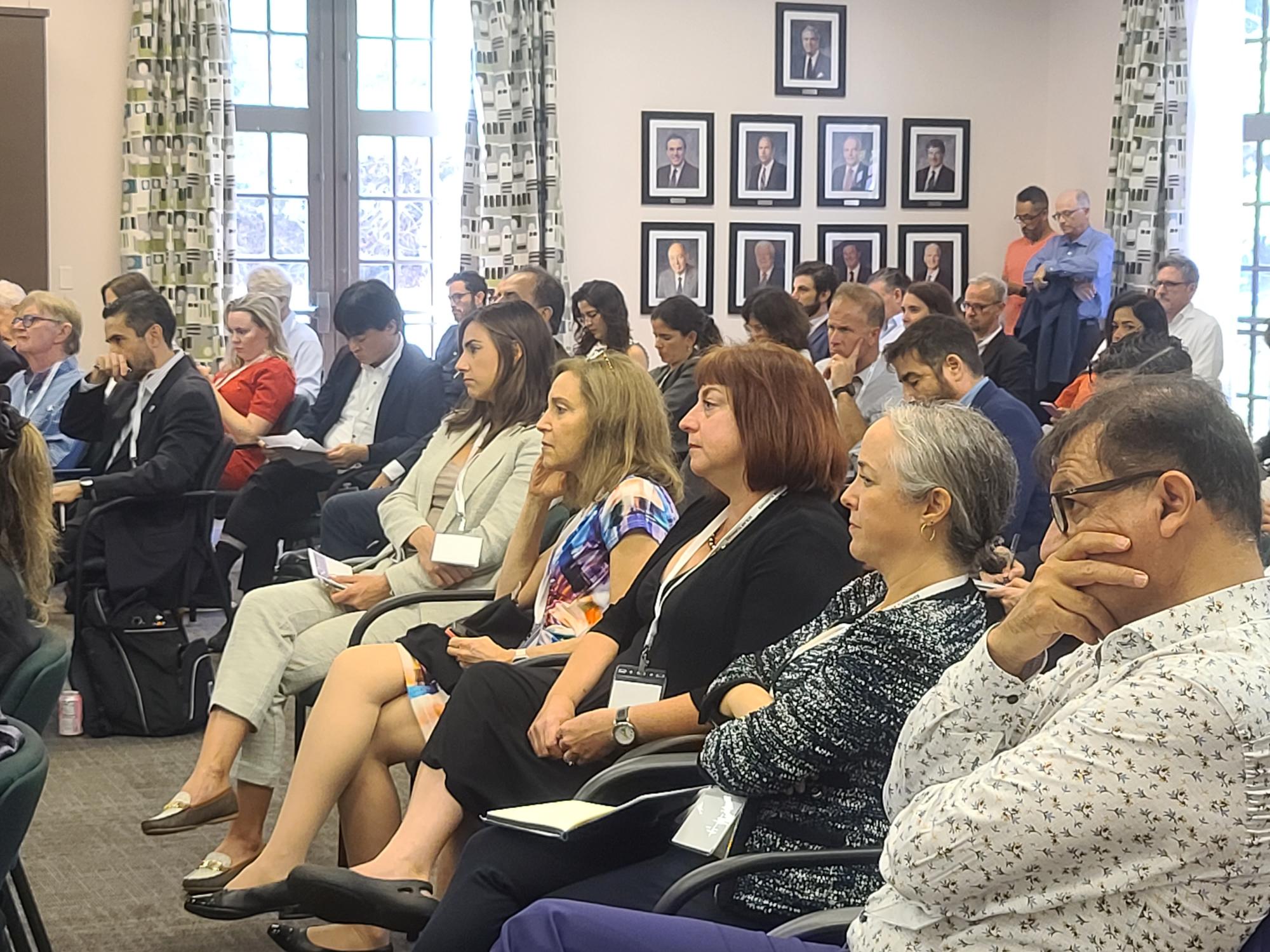 The La Jolla Energy Conference Summary Report is a comprehensive synopsis of the discussions held across the two-day event, relaunched in person this year.

We greatly appreciate and recognize the tremendous efforts these future energy leaders made to capture and synthesize our wide-ranging discussions. 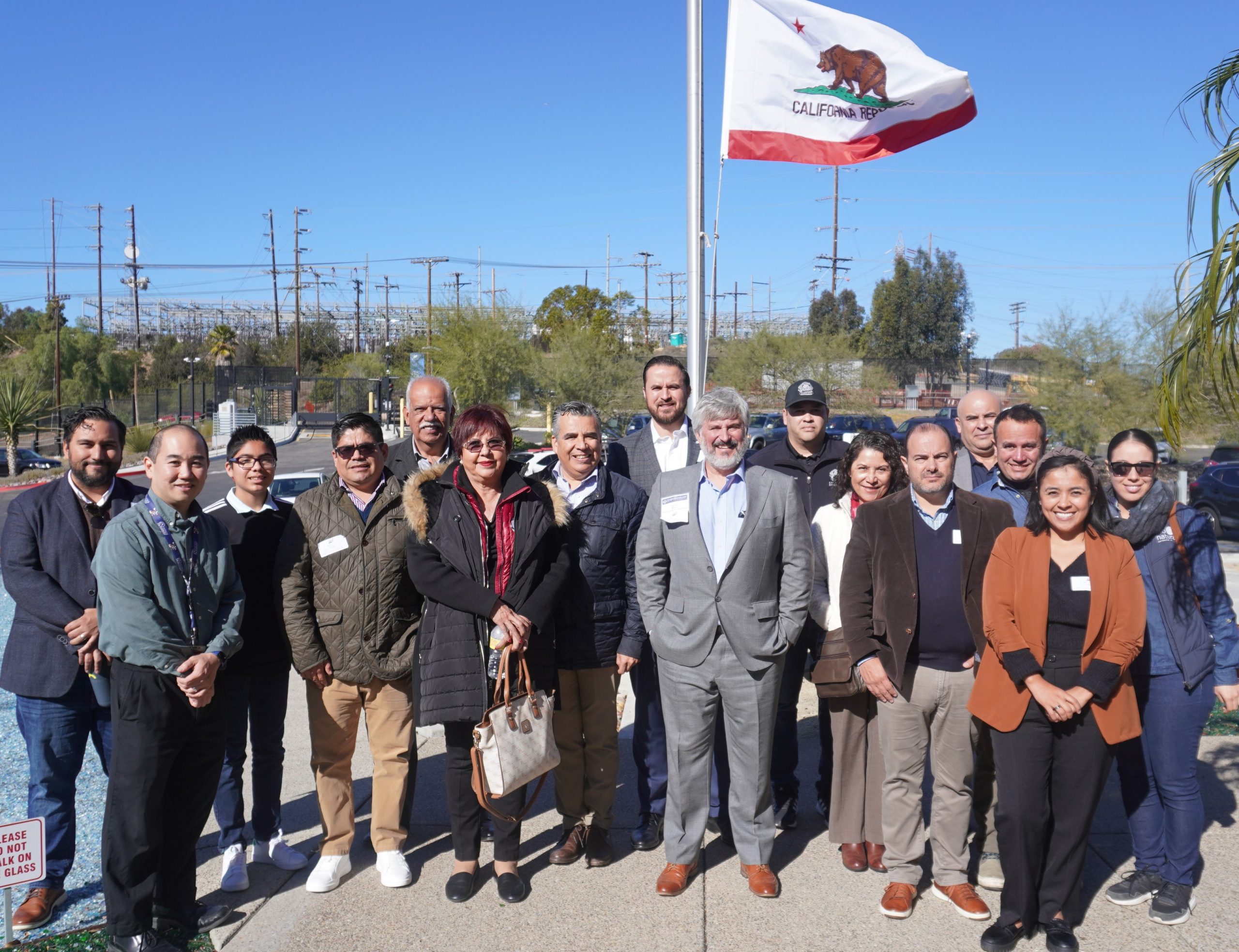 In October we launched the fourth edition of the “Energy Ambassadors” series. The training program is a key element of our ongoing efforts to foster a deeper understanding and support energy literacy.

Since its inception in 2019, the program has been developed for community leaders in Baja California who do not work directly in the energy sector.

Across a series of workshops, group discussions and site visits they are enabled to serve as “ambassadors” in their communities based upon an increased understanding of energy and sustainability issues.

This year’s schedule included in-person sessions and culminated with a site visit to San Diego and SDG&E’s Control Center. 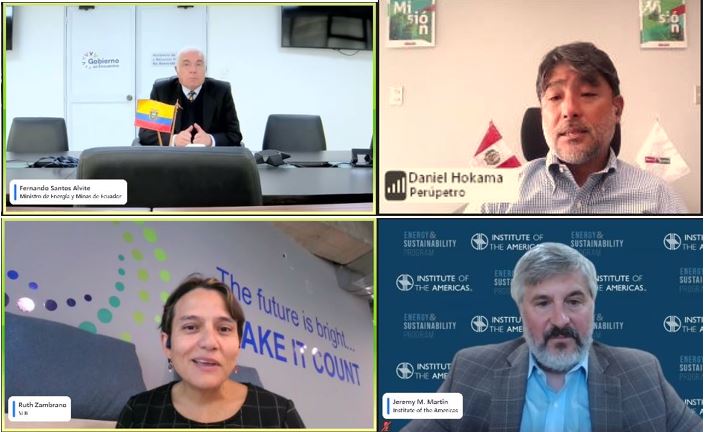 We were pleased to host Fernando Santos, Minister of Mines and Energy of Ecuador, Daniel Hokama, General Manager of Perupetro and Ruth Zambramo of SLB for a webinar in December.

Ecuador and Peru have embarked on new rounds of oil and gas bidding, auctioning off blocks against the backdrop of economic headwinds, global volatility and market imbalance.

The speakers and panelists provided further details of the auction process, contract modalities and timelines, as well as a frank discussion of managing the social license to operate and enabling the development sought by both governments. 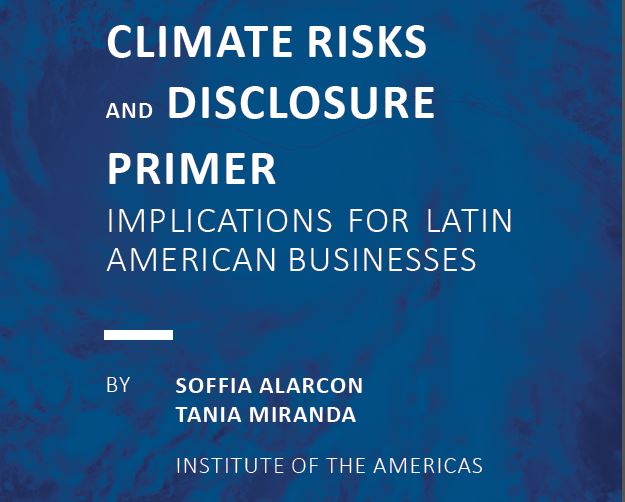 As climate-related-risks become more consequential and widespread, regulators face increasing pressure from investors and stakeholders to regulate emissions and climate risks of publicly-owned companies. This could bring implications for companies in Latin America.

LATAM is a highly vulnerable region to climate risks, both physical and transitional. However, it has one of the lowest levels of climate risk disclosure in the world. This is due mostly because of a lack of efficient mechanisms to identify, quantify, and manage these macroeconomic risks, as well as to a lack of regulations in the region. 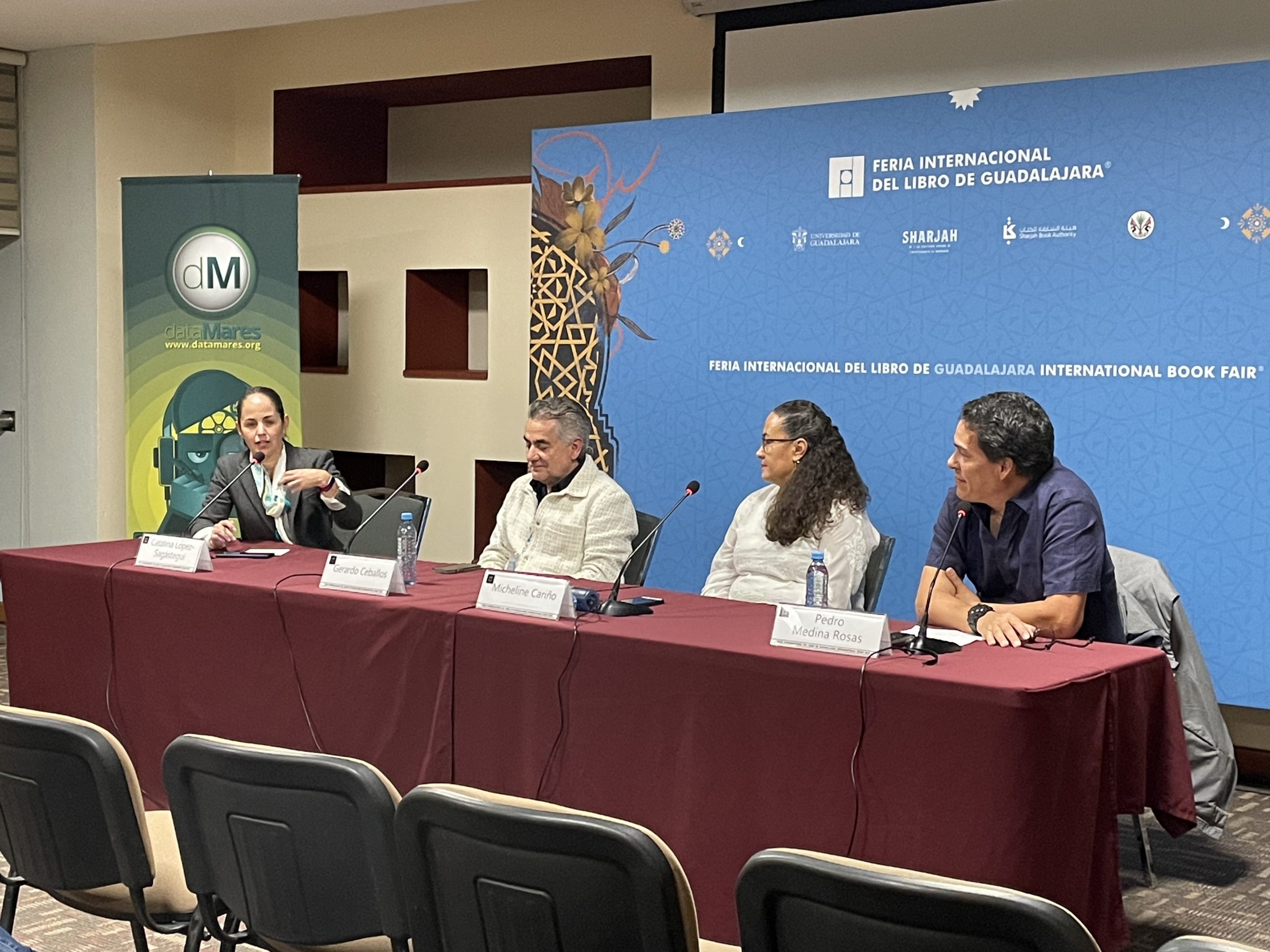 As part of its 8th anniversary celebration, dataMares showcased its work at the 36th International Book Fair in Guadalajara (FIL Guadalajara), as part of its “FIL is Science” program.

In close collaboration with the University of Guadalajara (UdeG), dataMares organized four discussion panels co-hosted by IOA’s Gulf of California Marine Program GCMP), the Centro para la Biodiversidad Marina y la Conservación, and Mares Mexicanos. The last panel, on Science Diplomacy, was moderated by IOA staffer, Catalina Lopez, who led a conversation with Dr. Gerardo Ceballos from UNAM, Dr. Micheline Cariño from UABCS, and Dr. Pablo Medina from UdeG on the need for a vocal and active scientific sector that pushes for the use of scientific knowledge to help solve society’s environmental problems

To celebrate its first eight years of promoting access to scientific information, the dataMares team presented a book that tells the story of this collaborative science communication initiative though a sample of its most representative work Coordinated by IOA’s GCMP, dataMares is a cross-border initiative focused on facilitating access to scientific knowledge and data to promote transparency, education and a deeper understanding of Mexico’s eco-systems and their biodiversity to bridge the gap between science and the design process of conservation and resource management programs. 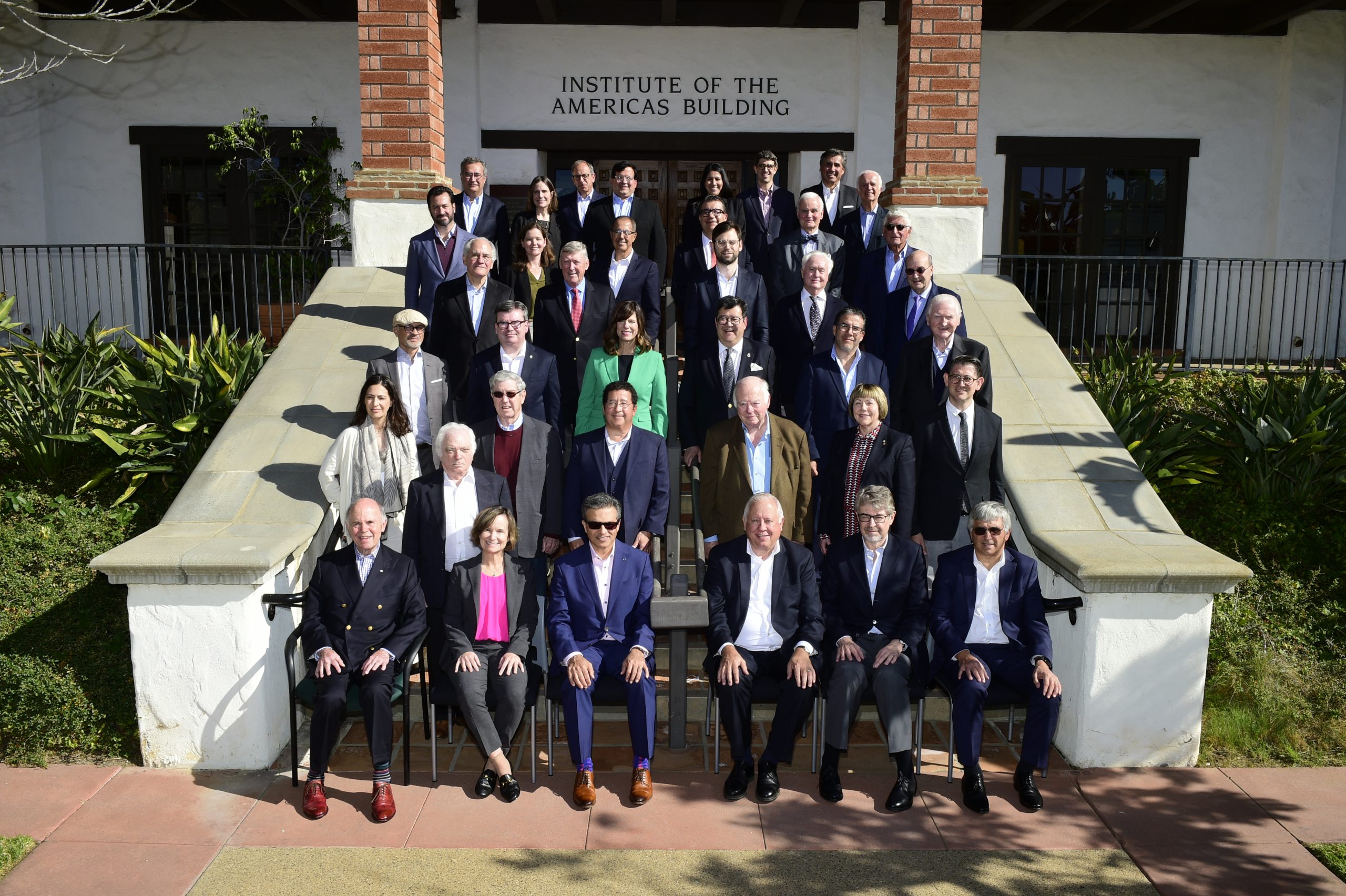 On November 14-15, fifty senior thought leaders from Canada, Mexico and the United States met at the Institute of the Americas for a convening of the North American Forum (NAF).

Since 2005, the NAF has sought to bring together its members to explore the interactions among the mutually reinforcing goals of security, prosperity and enhanced quality of life for Canada, Mexico and the United States. In 2022, IOA and the UC San Diego School of Global Policy & Strategy assumed the role as the U.S. Coordinators for the NAF.

Ambassador Thomas A. Shannon Jr., the former U.S. Under Secretary of State for Political Affairs and an IOA board member assumed the role as U.S. NAF Chairman.   The NAF’s 2022 La Jolla meeting was made possible thanks to the generous support of the Alumbra Innovations Foundation, Sempra and the Burnham Foundation. 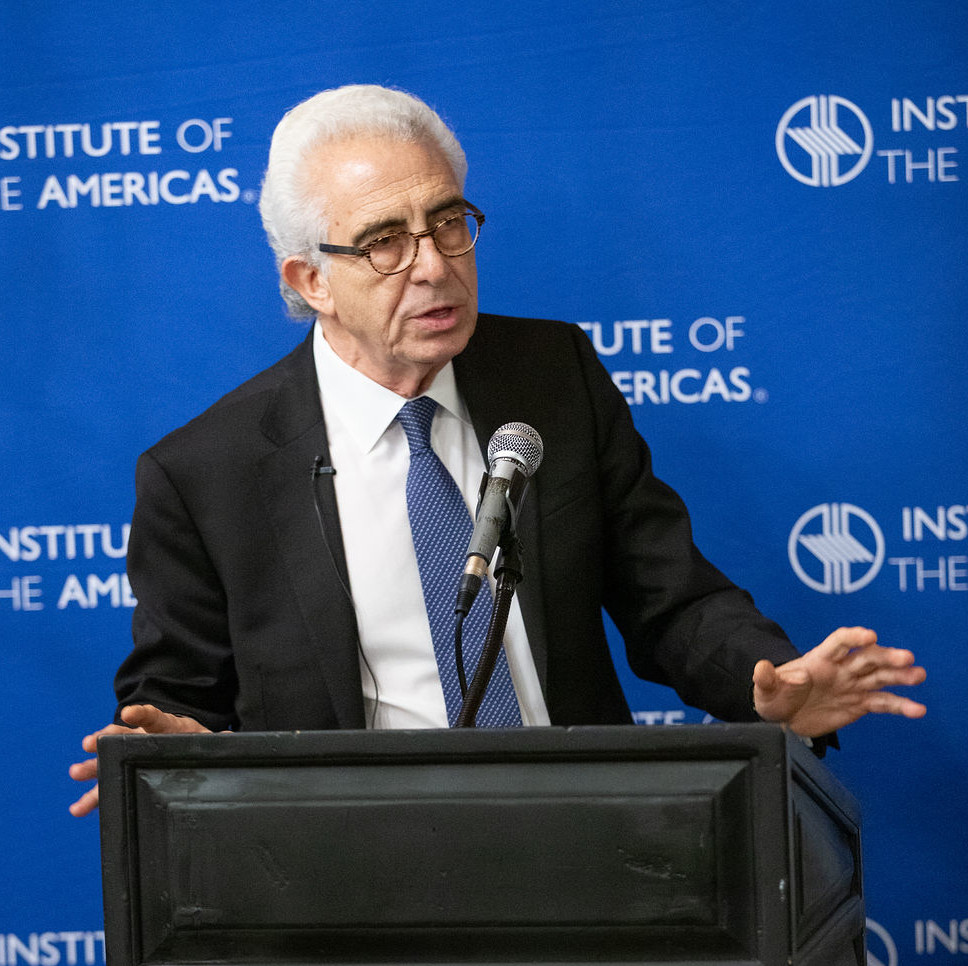 On October 29, 2022, the Institute of the Americas celebrated its 40th anniversary celebration honoring our founder, Ambassador Theodore Edmonds Gildred and featuring a keynote address by Dr. Ernesto Zedillo Ponce de Leon, Director of Yale’s Center for Globalization Studies and the former President of Mexico.  President Zedillo spoke about the challenges and opportunities in pursuing democracy and economic progress in Latin America today.

The gala was attended by 165 guests from across the hemisphere and was made possible thanks to the generous support of the Americas Foundation and the Burnham Foundation.   Heidi Gildred, wife of the late Amb. Gildred and Christy Walton were the Gala Honorary Co-Chairs. 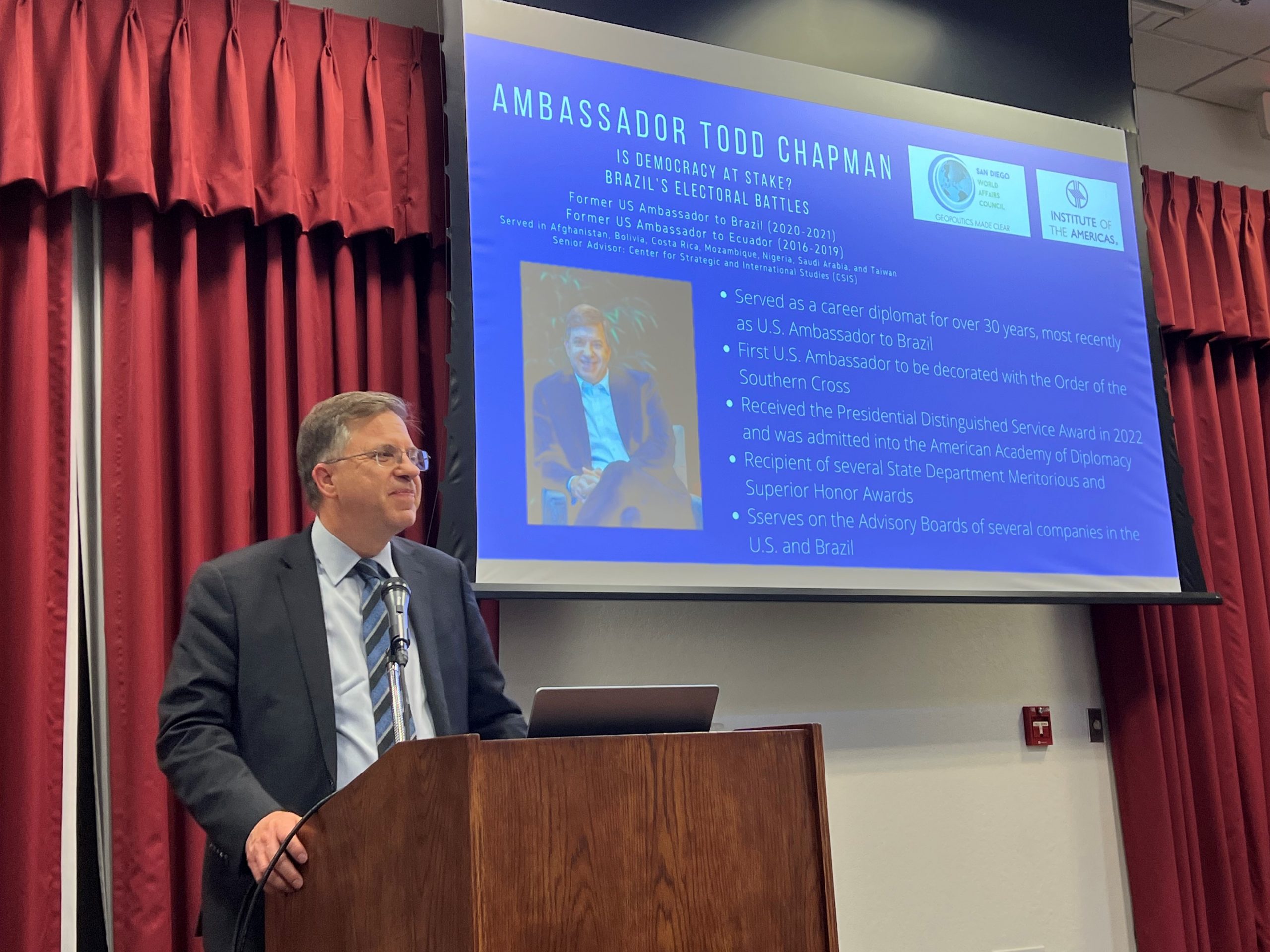 In early November, IOA partnered with the San Diego World Affairs Council (SDWAC) to host a keynote address by Ambassador Todd C. Chapman, the former U.S. Ambassador to Brazil, who shared his perspectives on the recent election of Luiz Inácio Lula da Silva as the next President of Brazil and the future of that country’s politics and economic outlook in the years to come.

Ambassador Chapman highlighted the similarities between Brazil and the United States as both countries face challenges due to political divisions tied to class, race and political ideology.

Though Brazil’s current President Jair Bolsonaro had not officially conceded the election and hintedof election irregularities, Amb. Chapman spoke positively about Brazil’s independent Electoral Transparency Commission (ETC) and the integrity of the country’s recent election that confirmed Lula as the country’s next President who will take office on January 1st, 2023. 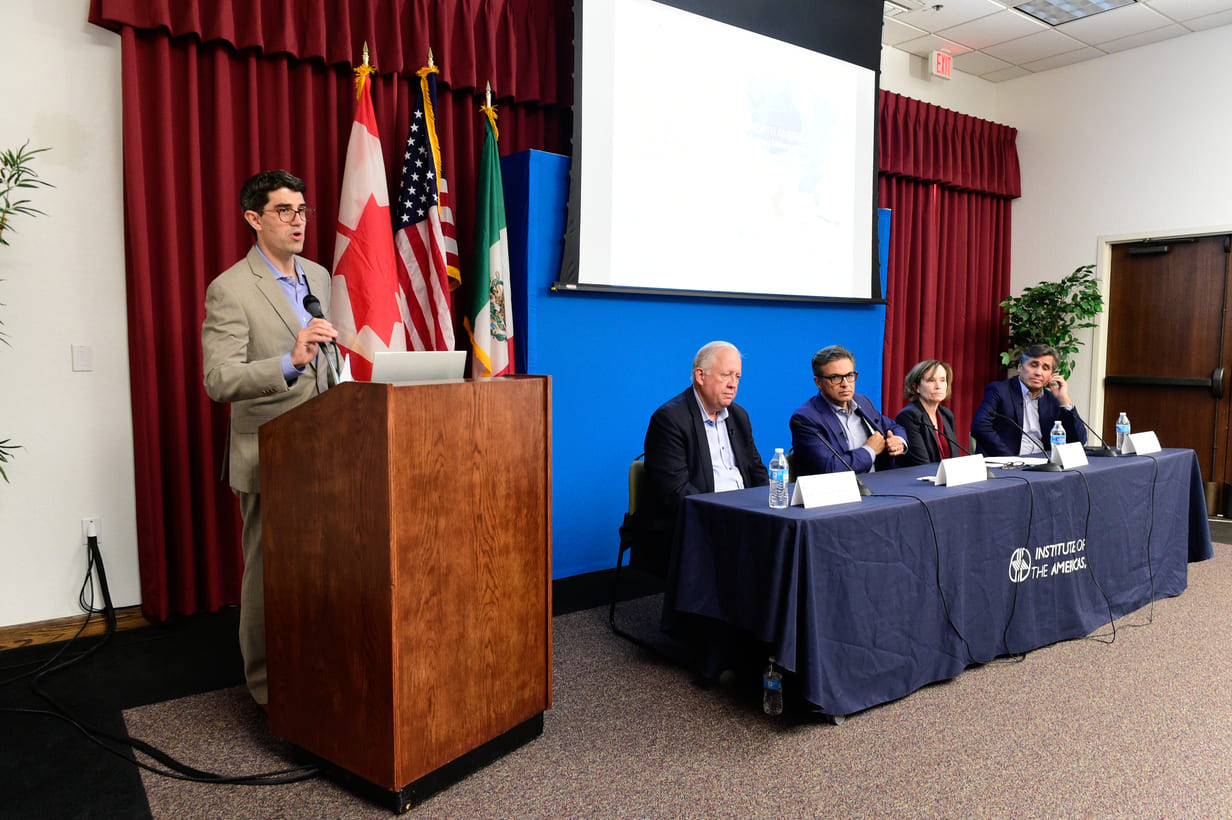 Expanding North American Cooperation in an Era of Changing Geopolitics

In their role as U.S. Co-Coordinators of the North American Forum (NAF), the Institute of the Americas and the UC San Diego School of Global Policy & Strategy organized the public forum, “Expanding North American Cooperation in an era of Changing Geo-Politics,” featuring Tom Long, the co-editor of the book, North America 2.0:  Forging a Continental Future.

The public forum was broadcast by UC-TV.

Events – SAVE THE DATE! 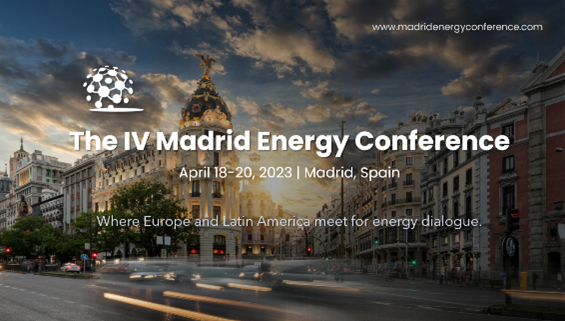 COP27: The Preamble of a North American Energy Market?

Energy matters – It’s all over?

Mexico to raise its emissions reduction target for 2030

How will a new U.S. plan affect Migrants from Venezuela?