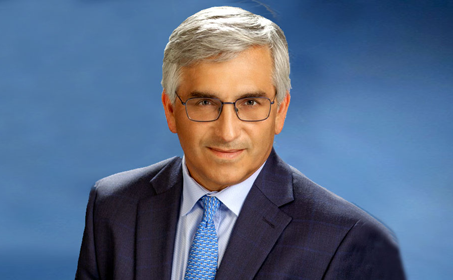 June 23, 2020 La Jolla, California USA ― The Board of Directors of the Institute of the Americas (IOA) is pleased to announce that Mr. Richard Kiy will be the Institute’s new President and CEO effective August 1, 2020. Kiy brings over 25 years of experience to the position having led philanthropic, business, and government organizations, both domestically and internationally, with much of his career’s work focused on Latin America. This, together with his prior residence in two Latin American countries, made Kiy an ideal candidate for the position.

IOA chairman Jorge Rosenblut noted, “Richard brings a wealth of experience and understanding of the Americas, as well as institutional building expertise. His boundless energy and entrepreneurial spirit will be particularly important to identify and quickly take advantage of unprecedented opportunities our current COVID-19 environment is bringing to light. His unique success in the private, public, and non-for-profit sectors made him the natural person to lead the IOA to a great future. My fellow board members and I are excited to help him succeed in developing a stronger foundation for the Institute and taking the IOA to new heights.”

Kiy is currently Managing Partner of Alumbra Advisors, a consulting firm. Prior to that, for nearly 14 years, Kiy was President and CEO of the International Community Foundation (ICF) where he took the philanthropic organization’s assets from $1 million to $22 million; increased its base of donors and secured $76 million in charitable gifts to further ICF’s mission. He also expanded ICF’s geographic reach beyond the San Diego/Tijuana border region, expanding the foundation’s grant-making throughout Mexico as well as 11 other countries across Latin America and the Caribbean. He also developed several new program areas for ICF that are still active today. While at ICF, he served as Chairman and a founding board member of the US-Mexico Border Philanthropy Partnership.

Previous to his work at ICF, he spent two years with PriceSmart, Inc. as Senior Vice President, Business Development expanding its business reach into 6 countries of Central America and the Caribbean. Earlier on, he was Principal Deputy Assistant Secretary and Technical Director at the U.S. Department of Energy’s Office of Environment, Health & Safety (EH&S) in Washington, D.C. as well as the Acting Environmental Attaché at the U.S. Embassy in Mexico City.

Living in Escondido, California, Kiy is fluent in Spanish and holds a BA in Economics from Stanford University, and a Master of Public Administration degree from Harvard University.

Kiy remarked, “My time away from leading ICF has re-affirmed my calling to return to the nonprofit sector where I can make a meaningful social impact in a region I care deeply about, Latin America.” Kiy noted, “I believe the Institute has a unique opportunity to spur expanded innovation, economic resilience, as well as greater social and environmental responsibility in the region. As President, I hope to leverage my diverse professional experience to enhance IOA’s reputation, reach and its sustained growth.”

Rosenblut concluded adding, “The Board is grateful to the Institute’s Interim President Theodore E. Gildred, III for stepping in to help guide the Institute during the 18-month transitional period participating in Institute programming, launching a new potential program, and managing the staff while the search process for the new President & CEO was underway. His commitment to the Institute is strong, and the time he took from his own business to help the Institute is much appreciated, and now Ted will return to help the IOA from his seat on the Board.”