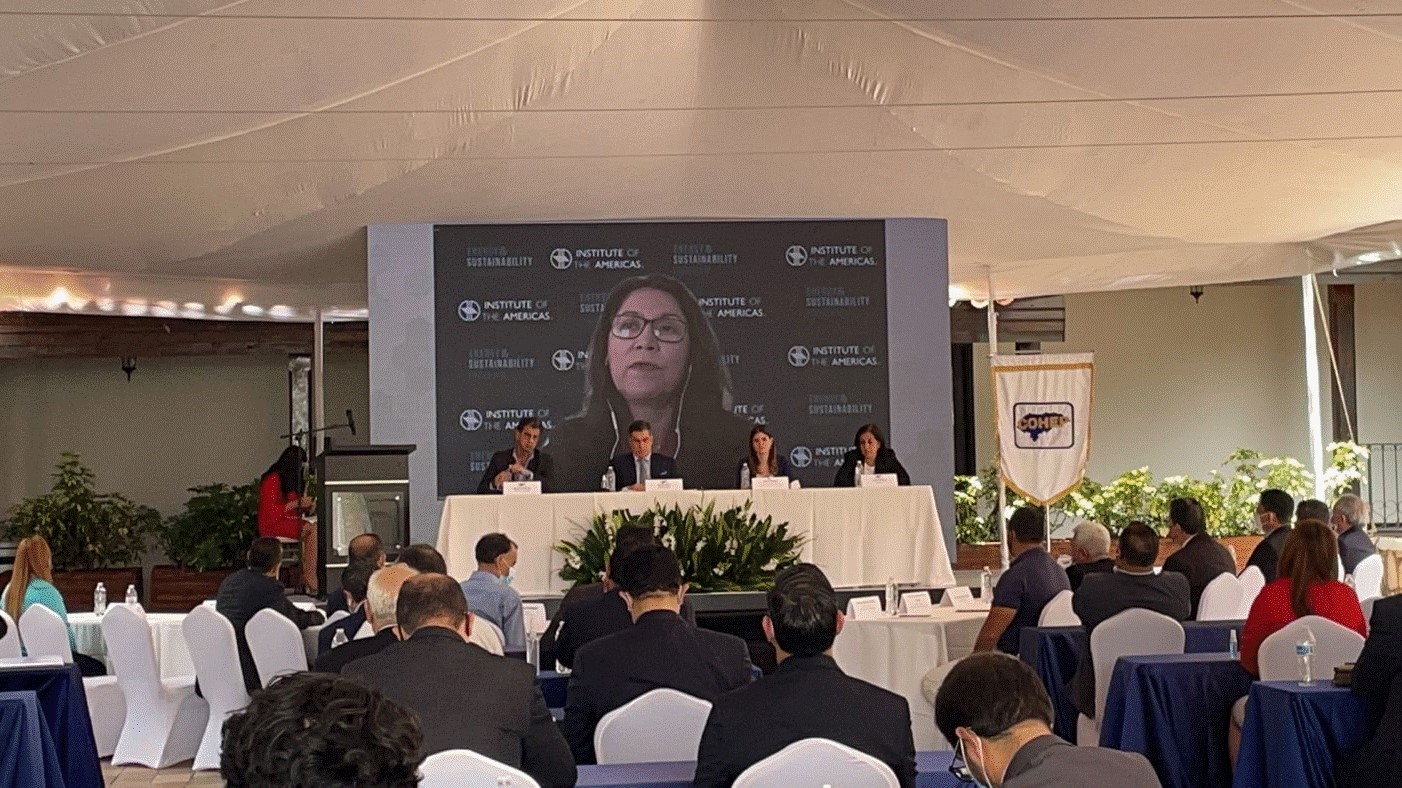 The Energy & Sustainability program was busy this quarter with a host of programs, papers and analysis. We wrapped up our four-part series of policy briefs derived from the 30th La Jolla Conference Virtual Roundtables and also finished producing a three-part hydrogen infographic series. We collaborated on a unique project focused on Honduras’ energy sector and completed our research project focused on energy access and energy poverty in Baja California.

Each of our policy briefs serves as a summary document and adds context to the discussions held during the La Jolla Conference wherein industry leaders and experts posited their thoughts and opinions. The themes of the roundtables and briefs included: Elections and Energy; The Future of Transport; Electrifying Everything; and, The Future of Hydrocarbons.

Latin America has begun to figure prominently in the hydrogen conversation. Starting with discussions at our Energy Steering Committee meetings, we developed our infographic concept. We engaged with government officials, investors, regulators and consultants to further our analysis for the series. Using 10 questions, we analyzed the landscape for hydrogen development and potential in 14 markets in Latin America – Argentina, Bolivia, Brazil, Chile, Colombia, Costa Rica, Dominican Republic, Ecuador, Mexico, Panama, Paraguay, Peru, Trinidad & Tobago, and Uruguay.

Together with the Honduran Private Sector Council (COHEP) and the Central American Bank for Economic Integration (BCIE), we collaborated on a series of workshops aimed at producing a roadmap for modernizing and taking the next steps to implement policy and regulatory reforms in the Honduran energy sector. The so-called “hoja de ruta” was presented to representatives across the political spectrum at a hybrid session in Tegucigalpa. Our work and efforts help to define critical next steps for the energy sector as the country’s political transition occurs in November.

Beginning in February, we organized a binational team of policy, regulatory, and community experts. We concluded our research and paper in September. The IOA-led team included the Colegio de la Frontera Norte (COLEF) and Pronatura. We assessed energy poverty and energy access in the State of Baja California, Mexico by surveying census data, the root causes, policy issues, and other relevant aspects crucial to confronting the challenges facing many citizens in the state. From the assessment, we produced a series of interactive maps, an action plan and roadmap for project development that aims to improve energy access and reduce energy poverty for the most vulnerable population centers and households in Baja California.