Welcome to the June edition of Energy Panorama.

Our featured reports are the first two Policy Briefs based upon discussions at the Virtual Roundtables held during the 30th La Jolla Conference: Elections and Energy and the Future of Transport.

For each Policy Brief, we sought to prepare a high-level summary and add context to the Roundtable discussions. The Policy Briefs synthesize expert insights and opinions on the future of transport and, in the case of elections and energy, an overarching analysis of the uncertain future in terms of its political choices and implications for the energy sector, with an emphasis on Ecuador, Peru, Colombia, Mexico and Brazil.

In July, we will also be publishing Policy Briefs derived from our Virtual Roundtables focused on Electrifying Everything and the Future of Hydrocarbons.

In June, we also published the second in our series of infographics assessing the hydrogen potential of countries across the Americas. The series was derived from discussions at our Steering Committee meetings. Since those meetings, we have engaged with government officials, investors, regulators and consultants to further our analysis. As we did in the first edition of the infographic series, through 10 questions, we assessed the landscape for hydrogen development and potential in five markets in Latin America – Ecuador, Peru, Trinidad & Tobago, Costa Rica and Paraguay.

For those who have not yet had the chance to check out our La Jolla Conference “Deep Dive” interviews and recordings from our panels, we are including the links below.

Stay tuned in July for our next two Policy Briefs as well as our third hydrogen in the Americas infographic. 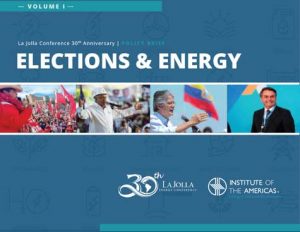 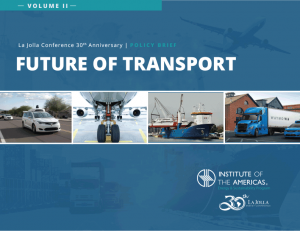 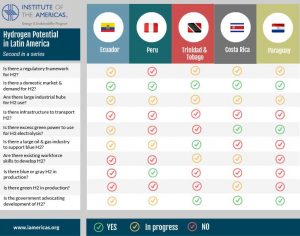 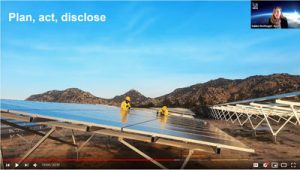 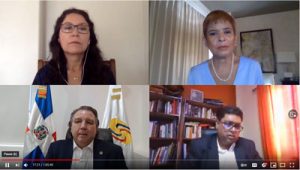 Blow the whistle, we have reached half-time – Energy Matters VOL. 31