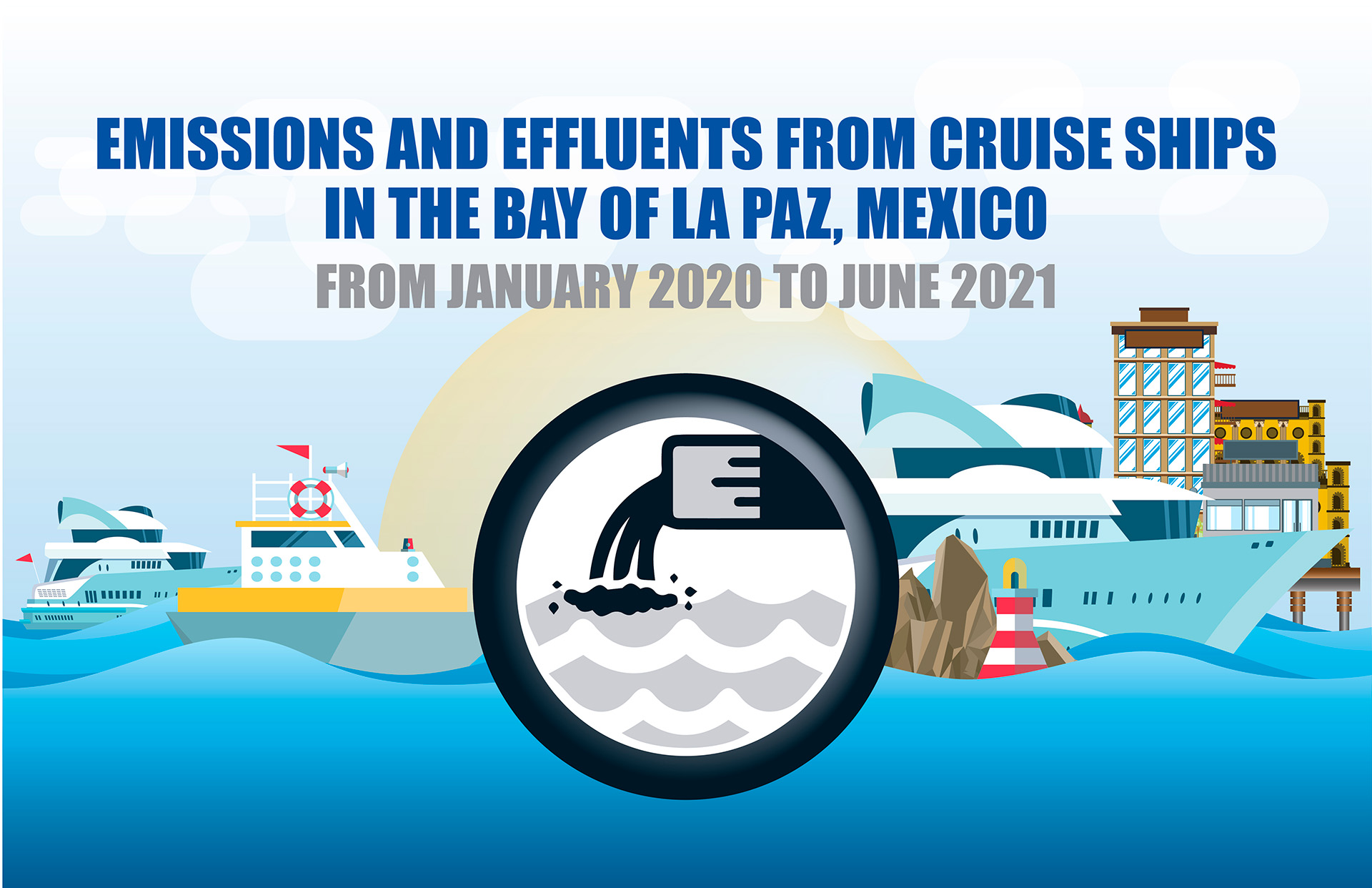 Emissions and Effluents from Cruise Ships in the Bay of La Paz, Mexico From January 2020 to June 2021

Cruise ships introduce polluting emissions into the atmosphere, even when at anchor. Additionally, a growing number of these vessels are retrofitted with Exhaust Gas Cleaning Systems, also known as scrubbers, which discharge effluents into the ocean that are found to have negative impacts for the entire marine ecosystems. At different moments during the COVID-19 pandemic, several larger-than-average cruise ships anchored in the Bay of La Paz, Mexico, in the Gulf of California, without scheduled calls or passenger-related activities, for several weeks at a time.

As part of a wider ship-borne marine pollution project, we evaluated and quantified air emissions and washwater effluents of 10 of those vessels between January 1, 2020, and June 30, 2021 in the La Paz Bay. We found that the 10 vessels consumed an estimated total of 34,900 metric tons (MT) of fuel, releasing 108,760 MT of carbon dioxide, 330 MT of sulfur dioxide, and 2,800 MT of nitrogen oxides into the atmosphere. All of these cruise ships have scrubbers installed, and they discharged in aggregate about 8.06 million m3 of scrubber washwater, equivalent to the capacity of 3,224 Olympic-size swimming pools.

Download this awesome infographic that depicts the results from our study. Available in both English and Spanish.