Dr. Moisés Naím on The Revenge of Power

How Autocrats are Reinventing Politics in the 21st Century.

The Institute of the Americas is pleased to launch its Distinguished Speaker Series with its inaugural speaker Dr. Moisés Naím showcasing his insightful analysis of the rise of autocrats, the shift of power, and what we can do to preserve democracy and our freedom in his new book The Revenge of Power.

In his bestselling book The End of Power, Moisés Naím examined power-diluting forces. In THE REVENGE OF POWER: How Autocrats Are Reinventing Politics for the 21st Century (St. Martin’s Press; February 22, 2022), Naím, former Editor-in-Chief of Foreign Policy, turns to the trends, conditions, technologies and behaviors that are contributing to the concentration of power, and to the clash between those forces that weaken power and those that strengthen it. Naím concentrates on the three “P”s—populism, polarization, and post-truths. All of which are as old as time, but are combined by today’s autocrats to undermine democratic life in new and frightening ways. THE REVENGE OF POWER shows how power has not changed but the way people go about gaining it and using it has been transformed.

Arriving at a pivotal moment in America’s struggle for democracy, THE REVENGE OF POWER is packed with alluring characters, riveting stories about power grabs and losses, and vivid examples of the tricks and tactics used by autocrats to counter the forces that are weakening their power. Naím connects the dots between global events and political tactics that, when taken together, show a profound and often stealthy transformation in power and politics worldwide.

Using the best available data and insights taken from recent research in the social sciences, THE REVENGE OF POWER reveals how, on close examination, the same set of strategies to consolidate power pop up again and again in places with vastly different political, economic, and social circumstances, and offers insights about what can be done to ensure that freedom and democracy prevail.

THE REVENGE OF POWER urgently explores the question that will determine our future: What is this new foe—this new, malignant form of power—that threatens our freedom, our prosperity, even our survival as democratic societies? 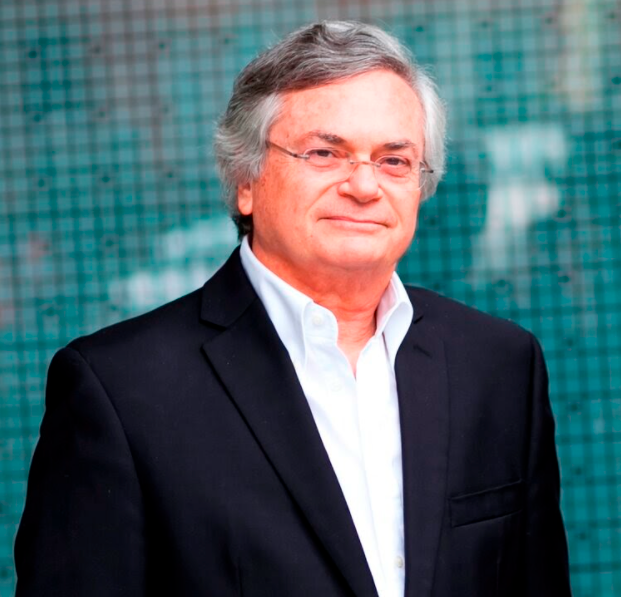 Moisés Naím is a Distinguished Fellow at the Carnegie Endowment for International Peace, an internationally-syndicated columnist, and the host and producer of Efecto Naím; a weekly television program on international affairs that airs throughout the Americas. The program earned an Emmy Award in 2018. Moises Naím was Venezuela’s Minister of Development, director of its Central Bank, and an Executive Director at the World Bank. From 1996 to 2010, he was the editor-in-chief of Foreign Policy magazine. Naím is the author of many scholarly articles and over 12 books on international affairs, economics, and politics; including “Illicit” and “The End of Power” which were selected by the Washington Post and the Financial Times as one of the best books of the year. He recently published his first novel, “Two Spies in Caracas” which was released to wide acclaim. His next book, “The Revenge of Power” will be released in February 2022. Naím holds a Ph.D. from MIT.